Yet another Challenge Update

Only 3 more weeks of the challenge to go and I'm still in 2nd place, it's still not a race but I like to use it to complete some big projects. By the end of the challenge I will have completed a Zulu army and an Republican Roman army plus a few other bits.
Speaking of the Romans I have 2 more completed units

These are Voloscan skirmishers from Aventine and will act as allies for the Romans. These are great figures but are very large figures.
Next up are a unit of Principes by Aventine again 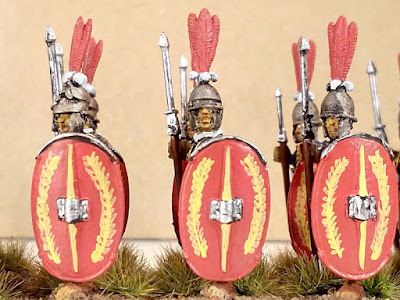 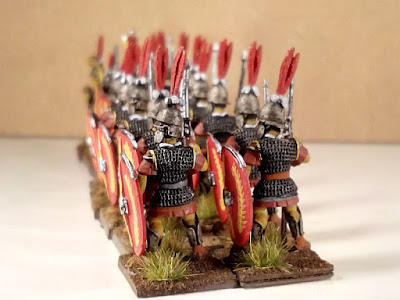 I appear to have missed off a belt from the end guy.
I have been loving painting the Romans and decided to extend the army to 10 cohorts and purchased 1 unit of Triarii and 2 units of Principes from 1st Corps which arrived in 3 days. I'm a big fan of the 1st Corps figures and they are cheap - 90p per figure if you buy the units. They are however much smaller than the Aventine figures. 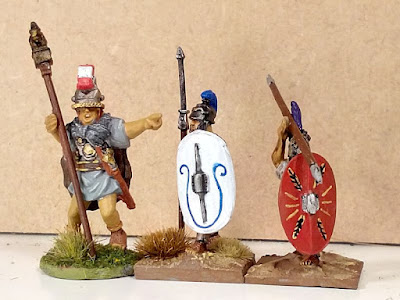 Aventine vs Crusader vs 1st Corps

As you can see the size difference is dramatic. The 1st Corps figure is on a thiner base and the pose lowers the height a little but the Aventine figures are massive. Normally I don't really care and luckily with a couple of exceptions each of the Cohorts will be a single manufacturer. I should have finished them all in the next week.
3 more weeks and then it's back to regular posting.
As a tribute to Aventine miniatures this little comic ditty