I've been properly kicked off the top of the challenge leader board by and epic submission by AlexS. I'm making a valiant response and hopefully the birth of his 2nd daughter, congratulations to him and his wife, will slow him down.
My last submission was some Gaul light cavalry from Wargames Factory 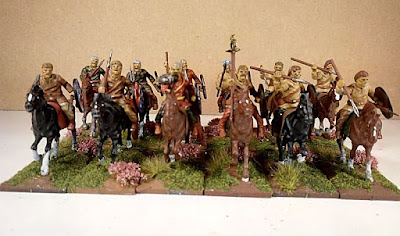 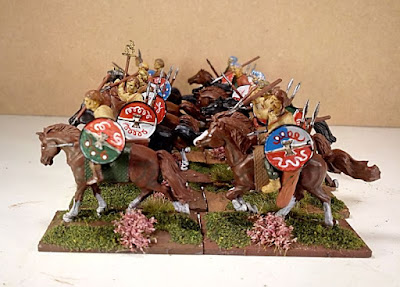 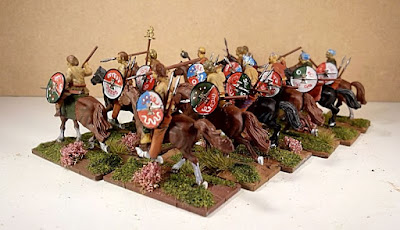 These are pretty good, esp. the horses. I've been battling with the Noble cavalry from the same box but they are rubbish and I've put them to one side as it is affecting my mojo.
My second set of figs were part of a prize I won from Ray Rousell for his millionth hit, which is a epic feat. These 4 Picts came with 20+ Saxons and they are old school goodness 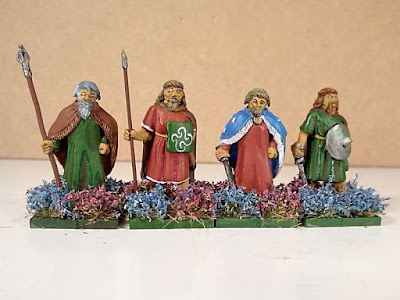 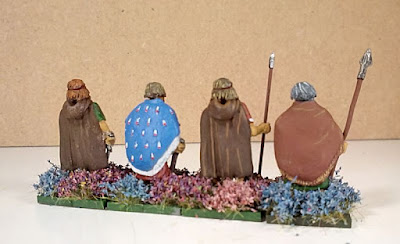 I've been financially good this year so far and as a treat, it's my birthday soon, I've been shopping at Aventine, Ebob, NorthStar and Amazon so expects some shinys next post.
I tried another game of Dragon Rampant with Zulus against Jungle Natives armed with bows and muskets but it was a disaster. I handled the Zulus very badly and they got killed piecemeal, helped by some shocking dice throwing. Will have another go soon.

This is my earworm at the moment - not at all my style but not a terrible song, this is a good cover