Dave and me have careered into the Vietnam war, I've collected Empress minis (it all started with a flash sale) and Dave have gone for Gringo40s. It a score draw on who has the best figures. Between the 2 of us we have 2 platoons of USMC (Dave's to be painted) and 2 companies of Vietnamese plus support.

I've been tinkering around with Bolt Action rules and a dungeon crawl style game with cards being drawn each move to either give the USMC artillery support or to bring NVA and VC on the table.

Last night we played our 1st  play test of the rules 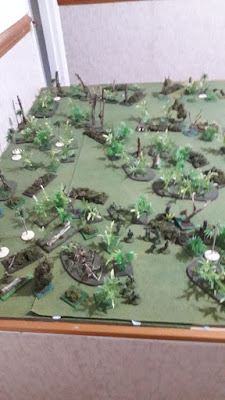 3ft by 4ft jungle terrain. Aim is to get 3 four man and command fire teams across the table and off the other side 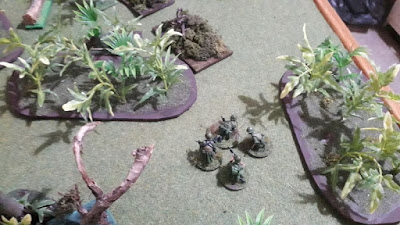 1 very small early skirmish, NVA destroyed before firing a shot and the infantry race through the jungle. You draw a card at the start of your move unless you run, then it's the end of the move, 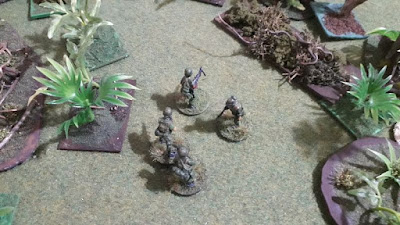 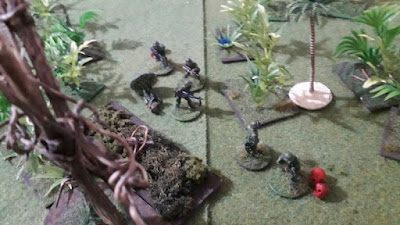 Until he tripped 3 booby traps in quick succession. Pinning the commander and taking out 1 marine. Casualties have to be rescued and exvac'd. Helicopter called for 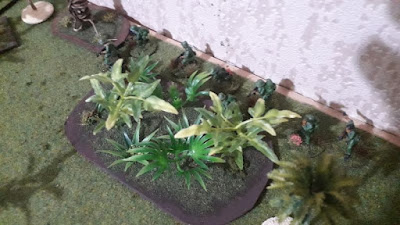 Then an entire NVA platoon appeared to the West, less than 8 inches from the pinned command and M60 team 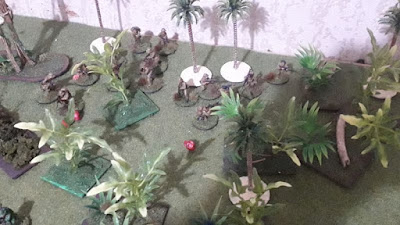 The USMC managed to pin the NVA 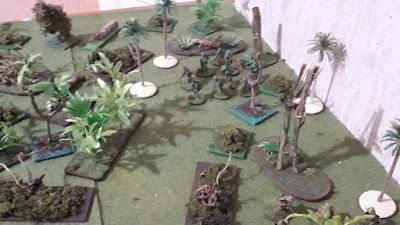 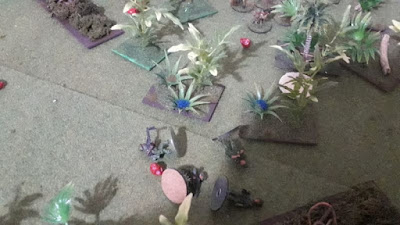 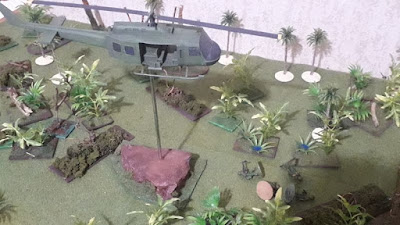 The pins and fire fro the 2 remaining fire teams are enough to rout the NVA . Helicopter evac arrives to take the bodies and another wounded man away 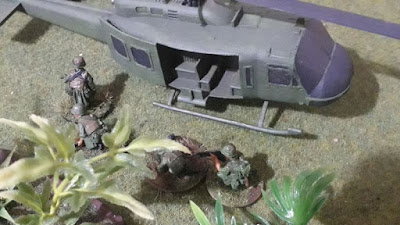 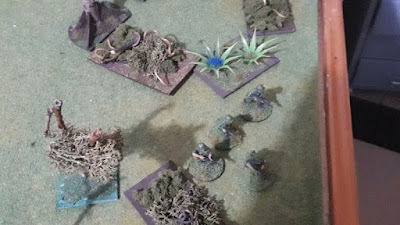 Remaining fire team and commander make it off the table.
It was great fun and the rules worked well and the battle was frenetic. Some tweaks needed. Had to buy more figures for casualties.
The final score was 1 NVA platoon destroyed, 5 US marines killed, 1 by NVA, 1 by booby trap and 3 by friendly fire
I'll add the rules as blog page after tinkering.
As for the forces 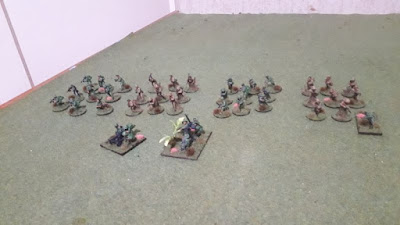 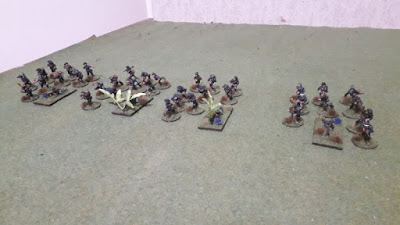 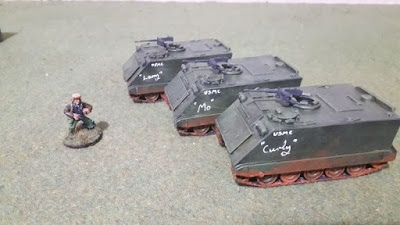 M113 and Photographer - The Assault Group 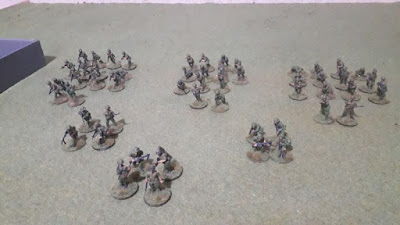 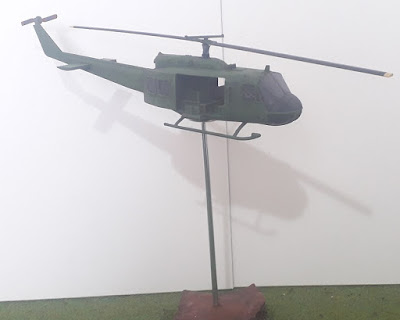 Huey - Butlers Printd Models - nice but annoying to clean up

Email ThisBlogThis!Share to TwitterShare to FacebookShare to Pinterest
Labels: vietnam