A Game, Some Prussians and a Moment of Madness

So I'm still mad busy and to be honest a little worn out. But I've still done some stuff.
1st up I hosted a remote game with Matt last weekend. Matt was a section of French Foreign Legion in 1894 Dahomey. They landed by boat at an abandoned trading station and had to undertake a sweep and clear of the area. Fon army soldiers would appear at random. Matt had to collect a series of red skulls and return to the boat. We used IHMN, one of my favourite sets and not played for ages.
The board 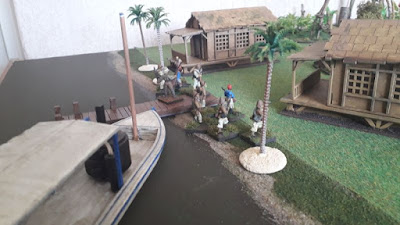 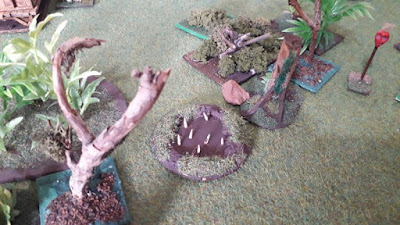 Trap, there were loads of these and killed off 2 legionaires.
And then i took no more photos, hard to run and photograph. Matt made it, just, with the captain and  trialleur Roussel making it back to the boat chased by a horde of warriors. 2 legionaires died in traps, the hunter got hunted and 1 legionaire was captured. It was great fun. 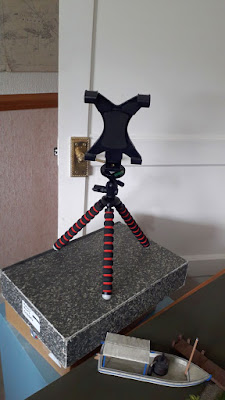 All streamed via my new tablet tripod.
My final troops for the battle of Lobositz arrived from Pendraken, all the Prussians plus a few extras 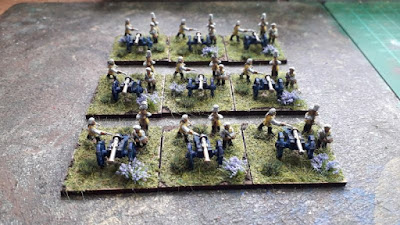 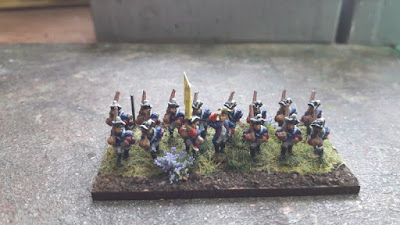 1 battalion of Anhalt infantry, oddly these had 3 battalions and not the usual 2. Therefore this was made up from the random odds and sods that you always get 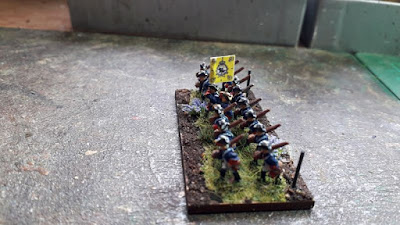 Paper flag, not the usual handpainted. in fact the new batch of prussians only have one flag per pack and not the 2 that the last lot got. Odd is they are only supposed to have 1 flag 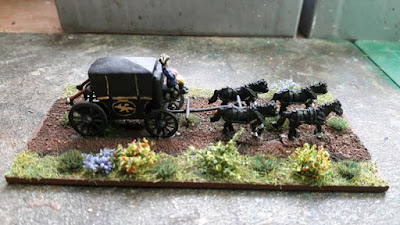 Coach, a good general figure, and a freebie from Pendraken 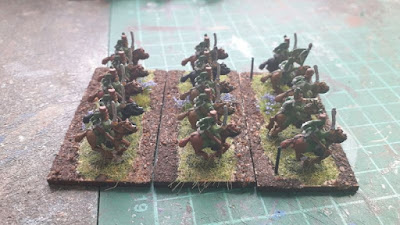 Szekely Hussars
And now my moment of madness. I've had a refund from Easyjet for a not going to Ireland in May. Nice. I was doing an Ebay trawl and found this, which came today 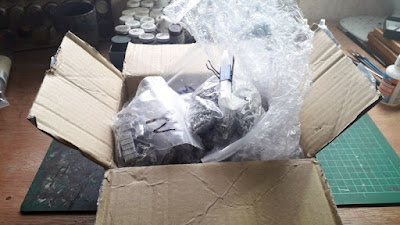 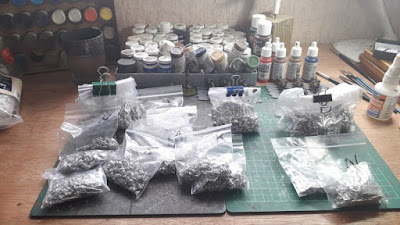 It's contents are 1000 10mm Landsknechts, renaissance Poles and Turks. All Pendraken and will go nicely with my collection of, well actually I have absolutely no figures at all that these will go with but there are enough to play with themselves. It does mean I will have to buy some more cavalry, artillery and other stuff. Should keep me busy for a couple of days
Off to read about the Italian Wars
Posted by MartinC at 17:34